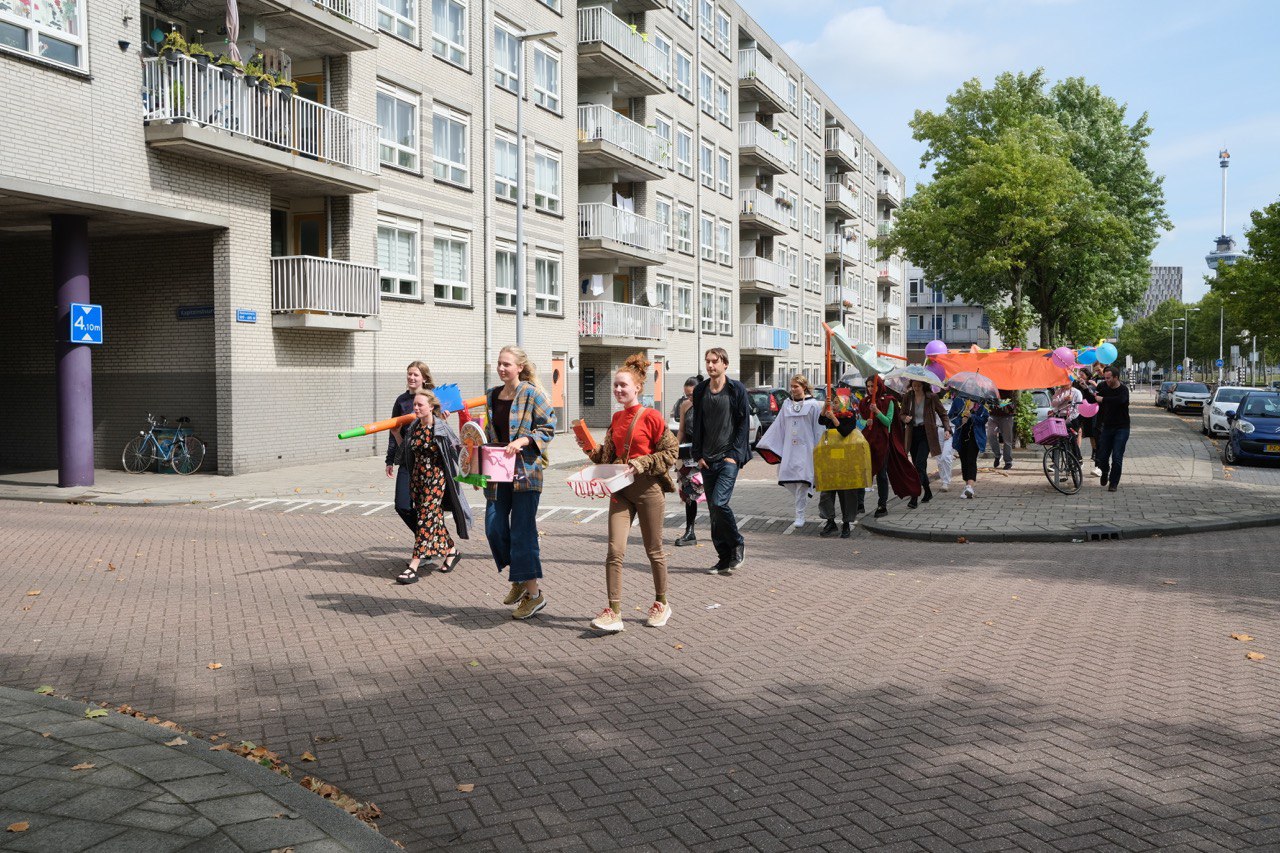 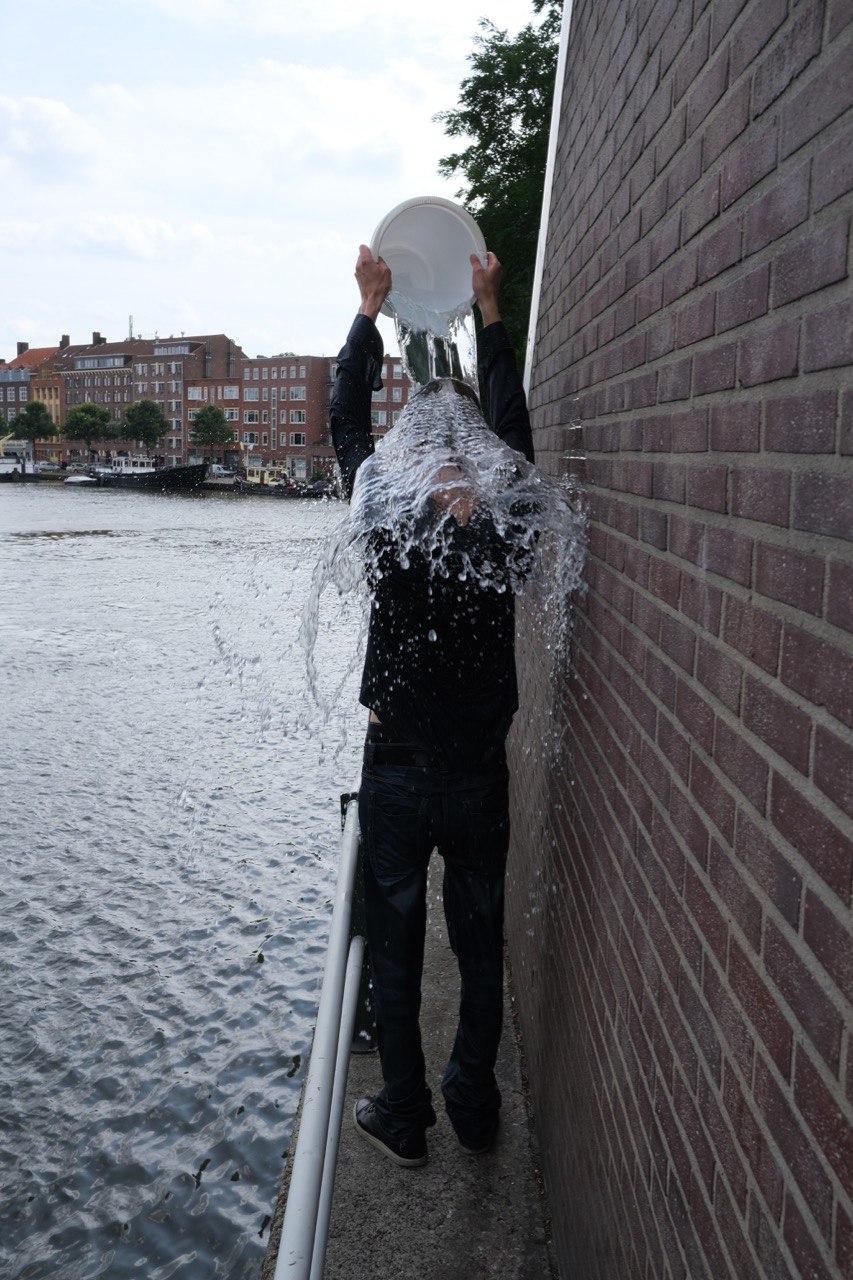 This piece was part of a small parade.

For the parade a lot of people had costumes or attributes. My costume would be that I was wet. So my goal was to stay completely wet during the whole parade. Along the route of the parade six full buckets of water were hidden; somewhere behind a corner, or in a parallel street. Every now and then I would step out of the parade and out of view to pour the bucket over myself, and return to the parade dripping wet.

Like in The Metal Ring I was curious to the "temporary forever". For a few hours I wanted to be wet forever.
An important element I could use was that the parade caused a scene, which therefore also created a "behind the scene", where I could disappear when I pleased.
< Previous
Next >
WORK
About& Contact