Performance op tafel
The audience is faced towards the table. Behind their backs I am running extensively. Every now and then I return back to the table, and stand on top of it on my hands and feet. I stand there breathing heavily from the running, and leave before I have my breath under control. Out of view I run again, and re-enter my position on the stage as well as a place of offering to the public. Here I am being welcomed by the creaking of the table.

Although still, it is an alert position which could abruptly change if necessary. My side is open to the viewers, the stomach, the ribs, the torso, the vulnerable part of the body. The part which can't defend. A torso on its own can't do much. It can't hit, kick or bite. As an opposite to the vulnerable torso, the arms, legs and head is watchful and ready to act.

However, these limbs on guard have been exhausted by the constant running. That what could have protected the torso is now out of most of its power. The guarding walls haven't been lowered, but weakened. By being exhausted I give up some of the control. Meant as an intimidating gesture of vulnerability. 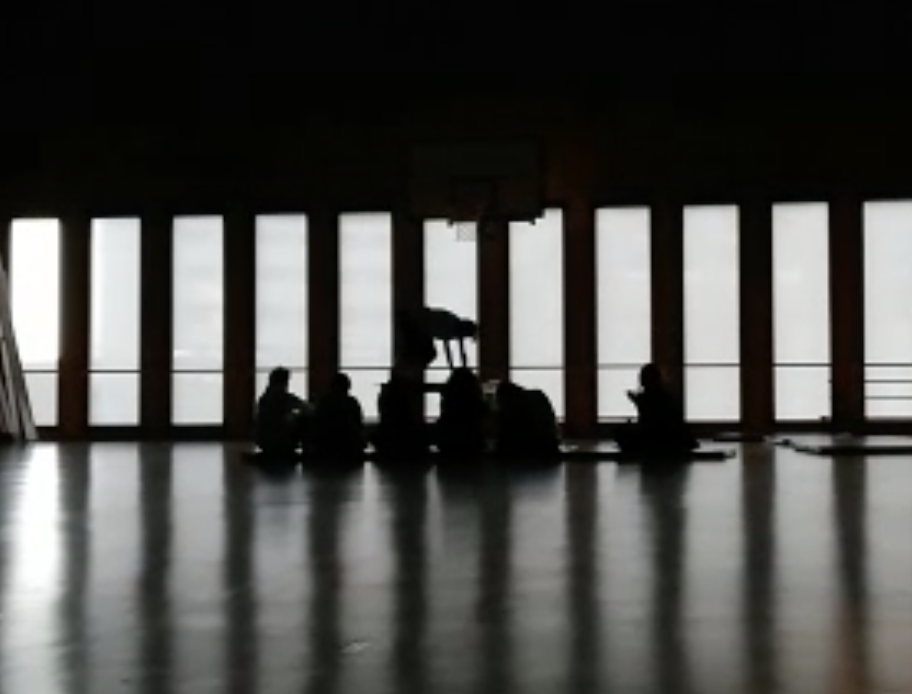